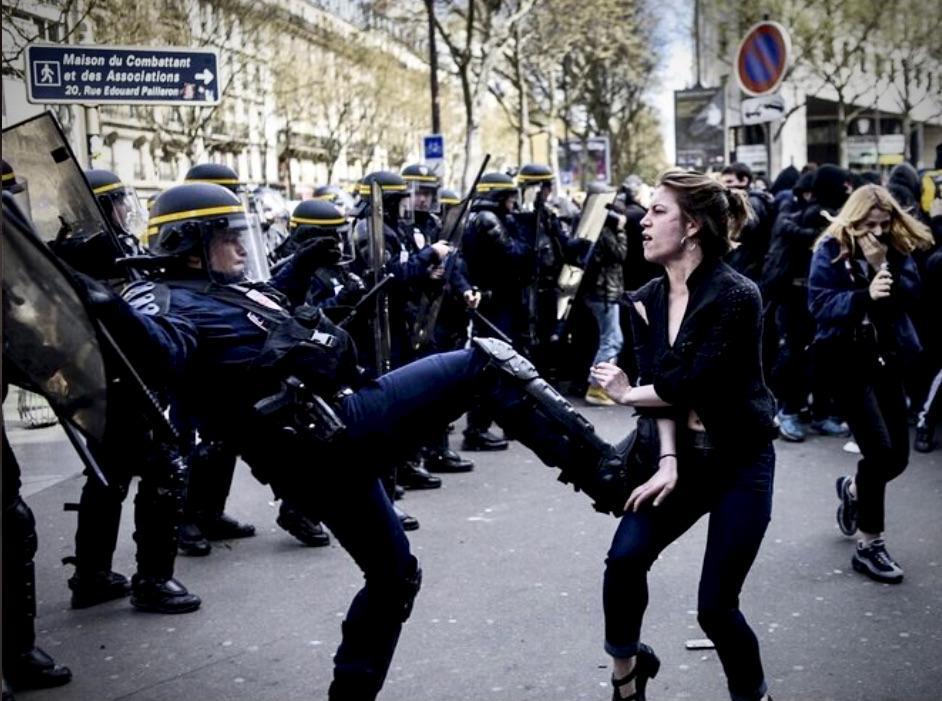 Our institutions and politics are serving a predatory, devasting economy that no longer fulfills any of its promises.

Poverty and inequalities are soaring, biodiversity is collapsing, climate change is leading us to chaos… Despite this avalanche of observations, nothing seems to foreshadow a stop to this crazy race. Worse, we continue to accelerate towards a wall,  with the oppressive sequence of Emmanuel Macron’s chilling policies.

The strengthening of the surveillance arsenal (with a law named “sécurité globale” aka “global security”) and the ongoing support for an increasingly violent police are a threat to our freedoms. We aspire to a free and fair society, but the current system moves towards control and totalitarianism as nothing is done to hinder its progress.

Faced with this, we think it is urgent to act to change our way of deciding collectively.

The democraty we want is liberating act in the face of a corrupt elite, which operates only in its own interest.

A true democracy is also the only effective way to take the necessary decisions against the ecological and social collapse we are witnessing. When citizen groups tackle problems with thoughtful democratic processes we immediately see examples of the people’s ability to make decisions that are more just, more ecological and more rational than those of professional politicians. We obviously have in mind the example of the Citizens’ Convention for the Climate (Convention Citoyenne pour le Climat), whose conclusions were swept away by the government because they were deemed too restrictive for the economy.

The issue is governing the economy, and not letting the economy govern us. In short, stop the domination of our political system – and therefore of our lives – by the hegemonic capitalist system, and on the contrary re-instate the economy within democracy. We draw inspiration from the long tradition of communes, commons, councils and revolutionary assemblies which contributed to a definition of radical democracy «from below». We want popular assemblies, and de-professionalization of political activity.

To carry out this process of re-appropriation of our power and to try to build a common front around this node that derails our demands, we launched the “Democratie Sans Filtre” (Democracy unfiltered) campaign. Although it emerges from XR, it is destined to go far beyond the framework of a single movement.

Under the name “Democratie Sans Filtre” several people’s assemblies have already been initiated : on May 8th in Valence (South of France), on May 30th in Saclay (the French equivalent of Silicon Valley), and on June 12th and 13th in Paris. Because we want to show in action the political forms that we want to see happen and to bring out these issues that are “invisible” in public debate, we are launching on June 9th a major occupation to open - literally open to the public - a democratic space. If the occupation lasts, we will experiment different forms of people’s assemblies on the topics that we will collectively deem a priority to deal.